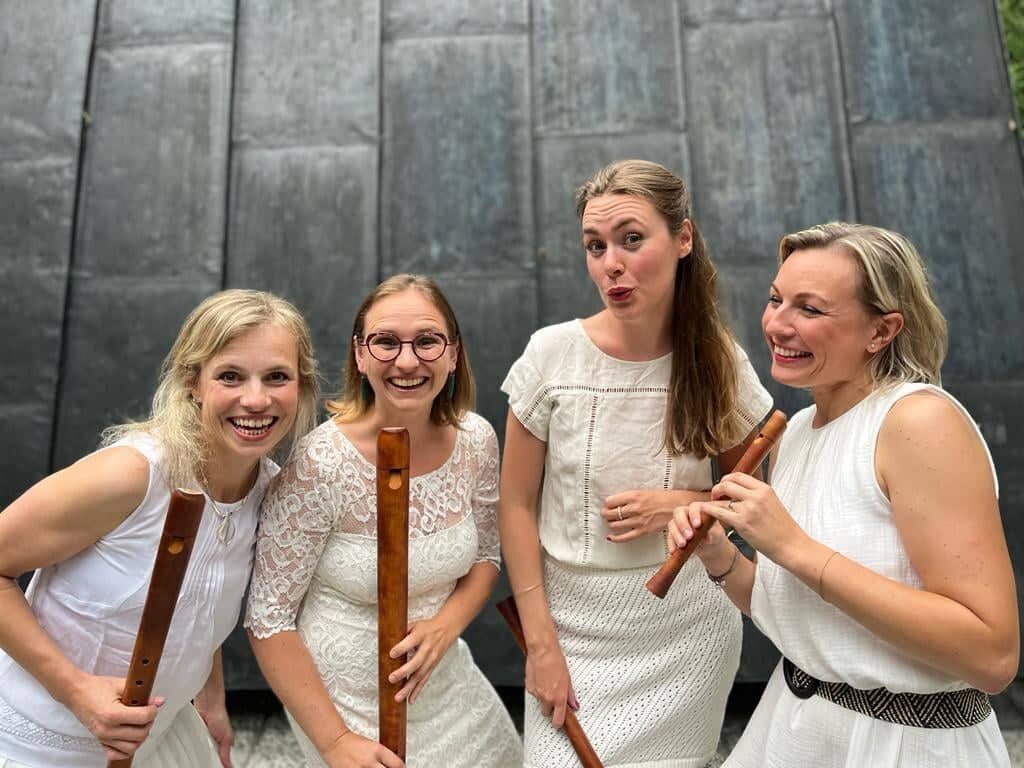 i Flautisti are delighted to offer their debut album Sound Clouds live in its entirety as a brand new concert programme for 2014/15. Featuring five commissions for the group alongside some beautiful early music for recorder consort, Sound Clouds presents pockets of sounds and a collaborative mixture of musical colours from the young ensemble.

i Flautisti present an international programme of early and contemporary folk and dance music with works by Jan Rokyta and Heinrich Ignaz Franz Biber, highlighting the links between Eastern and Western Europe. The repertoire shifts borders, with the ensemble exploring an exciting way of bringing these cultures and compositions together.

‘Spring will be Great’

i Flautisti present a vibrant and colourful collection of repertoire for recorder consort. The programme spans some of the earliest surviving manuscripts through the centuries and across the globe to create a spirited setting of music for recorder. i Flautisti are also delighted to be able to include Spring will be Great, written for the ensemble by Dutch composer, Chiel Meijering.

Spring will be great – Chiel Meijering