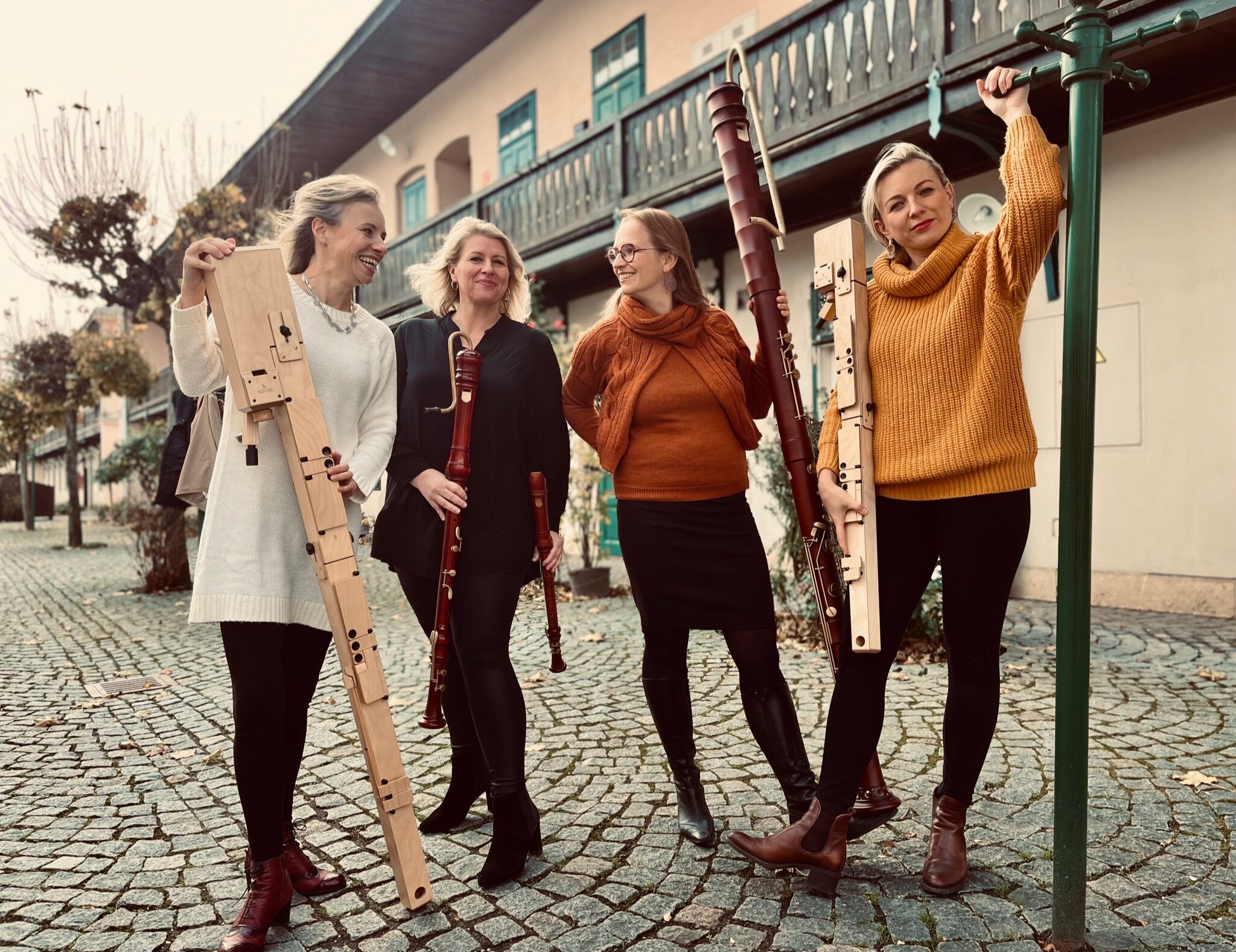 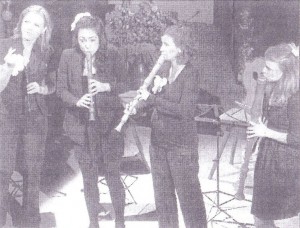 Recorders on a Pilgrimage of the Spirit

The Artistic Directors emphasise the specific connection of Bohemia with German and general European elements.  They organised a concert in the beautiful church of St. Nikolaus in Marktleuthen on the 27th July this year.

The concert, performed by the four pretty and charming young women of the London Recorder Quartet was a success from the start.

One reason was the large audience in the church in spite of other conflicting local concerts.  Furthermore, the four ‘flautisti’s’ won the hearts of the audience with their first appearance on stage: dressed in somber black with only one yellow rose they began full of energy and wit, playing by heart and obviously entirely focussed on the music of a contemporary piece which perfectly created the spirit of the place by connecting East and West.

Jan Rokyta born in 1968, a Czech with Bulgarian roots, wrote Hora ca din Caval combining influences of jazz and klezmer which gave the quartet of recorders numerous possibilities to shine with nimbleness and elegance.

After rhythmic applause from the audience the piece was played as a second encore, the first encore was also by Rokyta, Solunski Cocek– merrily performed as was the entire concert.

Within this framework, Renaissance and Baroque pieces were played: Pavane and Galliard from ‘Mr. Allerton’s Booke of Music’ with pensive undertones, three ricercare by the Spaniard Diego Ortiz with a variety of lively imitations, the B-major sonata by H.I.F Biber, Henry Purcell`s Fairy Queen, cheerfully, joyfully leaping, and as the finale a concerto by Vivaldi in C, RV 443.

It is said that the Venetian who died in Vienna composed the same concerto 600 times – if interpreted as done by this quartet with whirling, flowing precision and alternating dynamics, then Vivaldi’s music gains individuality and pleasure for the listener.

The quartet members Danielle Jalowiecka, Kerstin Picker-Kubitschek, Jitka Smutna and Ilona Veselovska played Variations on Drmes by Martha Bishop with lively six-measure rhythms and percussion interludes on the wood of their instruments as the central point of the concert.